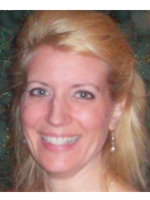 Annette Glenn is a graduate of Boise State (public administration) who has managed congressional, legislative, judicial and lieutenant gubernatorial races. She was the Idaho state chairman of Youth for Reagan in 1984, vice-chair of the College Republican National Committee, and chair of the Boise State University and Idaho College Republicans. Annette was also chair of the Ada County (Boise) Republican Party at age 24 and served as a member of the Idaho Republican Party executive committee and as part of Idaho’s delegation to the 1984 Republican National Convention. She is also a long-time scouting volunteer and home school co-op teacher, including English, history, and constitutional law. She and her husband Gary have five children and three grandchildren.

Annette is with MRF because she is drawn to science and research and wants to lend her experience and expertise to a group applying it in such a worthwhile way.