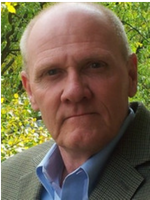 Bill Wilson is a strategist and tactician who has worked for more than three decades on dozens of campaigns to advance conservative, free market ideas. He started as a youth coordinator on Ronald Reagan’s 1976 campaign – working northeast Maryland and southeastern Pennsylvania. For ten years, Bill worked for the National Right to Work campaign, attaining the position of vice president of operations.

In 1994, Bill joined US Term Limits as an advisor managing various projects and initiative campaigns. He is also a founding member of Americans for Limited Government (ALG) – and from 2006-2013 served as president of the organization.

Bill joined MRF to pursue an opportunity to combine his strategic and tactical skills with data-driven analytics on behalf of ideas he supports.