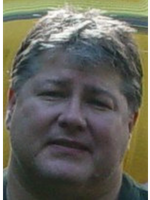 Greg Schmidt graduated in 1982 from the University of Michigan in Ann Arbor. Three years later he received his law degree from Thomas Cooley Law School. For three decades Greg practiced law privately in Michigan, with extensive experience in government policy and procedure. From 2005-2008, he served as an elected commissioner on the City of Saginaw Charter Revision Commission – and was the principal drafter for the commission.

Greg is with MRF because he believes in doing his part to advance the capabilities of those advancing freedom and free markets.