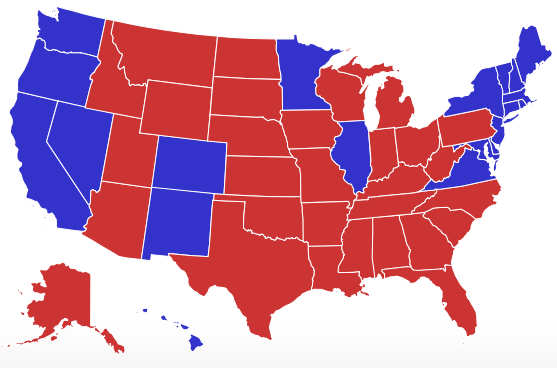 In sporting arenas, on assembly lines and at the ballot box, victory these days is decided on the razor’s edge.  Milliseconds and microscopic margins are increasingly making all the difference  – leaving little room for error and zero room for poor preparation and execution.

This dynamic played out in a pair of pivotal political races in Pennsylvania last fall – but the real story goes much deeper than the closeness of the vote totals.

It’s no secret these races where close.  But what’s less widely known is that Republicans would have never achieved these razor-thin margins had Trump and Toomey relied exclusively on the GOP’s data operation to target their voters.

All of these statewide candidates depended exclusively on the GOP data center.  And all of them wound up losing – “big league.”  Operatives for Toomey, though, oversaw a victorious campaign because they independently recognized the system’s limitations and built their own databases – using their own statisticians and analytics experts. Trump relied on a crowd sourcing form of analytics experts. Much of his information came from independent supporters with diverse backgrounds in analytics and database systems. According the Joel Pollick, who covered the Trump campaign for Breitbart news, many of these supporters had little or no campaign experience, but they aggregated and sifted through massive amounts of data and fed their results back into the campaign which used the information to determine everything from trump’s schedule, rally locations to messaging.

As a Trump volunteer who traveled the state, I saw little evidence of the GOP data center support outside of a few phone banks calling likely Republican voters.  What I did see was warehouses full of Trump yard signs with citizens streaming in taking the signs, but no method of capturing who these people where.  There were door-to-door GOTV events where volunteers were told to just hit every door, no street lists were available, and again, no method to capture citizen responses.  This information that could make a big difference for upcoming local and statewide races and have been a real “return on investment” for the resources expended in 2016.

Bill Jones, a statewide political consultant who worked with the absent ballot operations for the Trump campaign commented to me, “Our system is old and out dated. Because of its limitations there were a lot of voters we never contacted who we should have contacted.”

As for the GOP Data Center, Jones continued, “the inability to locally add tags to the system is a big problem.  I also question the quality of the data itself.  I’ve found numerous errors including a close friend who was surprised to find out he was married according to the Data center.”

Jones echoed much of what I heard  from other state wide consultants and members of Trumps campaign when he said.  “Going forward and creating a new constituency necessarily required creating a custom approach to voter targeting. The party’s data program was a great start but we obviously can not rely on it to accurately model all of our potential voters or give us the tools we needed to reach them.  The election results clearly demonstrated how important it is for us to not just broaden the existing spectrum – but also to equip our grassroots people with the proper tools and training to coordinate their expansion efforts.”

“The GOP data center certainly deserves credit for laying a solid foundation,” said a TOOMEY ADVISOR who asked not to be named).  “But we had to build up – and out – from that foundation and add functionality.  We also had to make sure our people knew the ins and outs of the specific metrics we were using to grow our universe.”

Sold as an information sharing system, in practice the Pennsylvania GOP data center actually limited access – creating a system in which the local operatives who could have added the most value (and derived the most benefit) were effectively shut out of the process.  As a result, the system was all but useless at the local level – unable to keep up with a rapidly changing political landscape.

Practically speaking the data center wound up being little more than a portal for pulling street lists and call lists – unable to handle the most simplistic of input functions.  That meant vital information that could have been instrumental in moving votes in down-ballot races never made its way into the system.  For example, at no point during the 2016 election did the GOP data operation recognize that 13,000 Democrats in Lackawanna County had shifted Republican.  Because the party didn’t know, it never had the opportunity to target these voters (or voters like them in numerous other northern and central counties) on behalf of down-ballot Republican candidates.

Talk about a missed opportunity – and wasted grassroots effort.

In Lackawanna County, hundreds of volunteers collected thousands of a hand-written survey forms from voters throughout the county.  These forms indicated strong support for Trump, but considerable uncertainty with regard to the other statewide races.  This data should have immediately been made available to local operatives across the state.  Instead, it wound up on stacks of paper forms that never made their way out of a trucking warehouse.

Why didn’t the local party have volunteers input this information on their smart phones?  Had that happened, perhaps someone in the state party would have seen what was going on – in Lackawanna and beyond.

“If we had the ability to scan those forms or have collected them electronically, that might have help us down ballot,” incoming GOP executive director Rob Brooks said.  “More information is always good.  One of our top priorities will be to look into new systems that will allow the local party more hands on control of and access to the data.”

Hopefully Brooks will be as good as his word.  To break up the insiders’ monopoly control, data operations must be driven from the bottom up – not the top down.  Real success in identifying and exploiting relevant analytics comes from matching strategic adeptness with keen street-level observations – metrics which can be quickly validated and subsequently deployed in other target areas through a well-trained, seamlessly coordinated network.  Such a network requires that local operatives know how to assemble data and perform basic functions with it, though.  This is exactly what the Trump and Toomey campaigns did, abet on a limited and ad hoc basis.  They won.  Those that relied on the GOP data centers did not.  A clear path for the future is visible for those willing to see it.

“Absent data access and training we are going to continue to leave votes – and elections – on the table,” said Liz Havey, a leading Main Line Republican. “Our ground level operatives need these tools to really make a difference in campaigns.”

Willian Hillman is a long-time GOP activist in southeastern Pennsylvania, currently a member of the Montgomery County GOP Committee, and a member of the Board of Directors of Market Research Foundation, a non-profit entity engaged in training and research in to the use of predictive analytics in public policy.