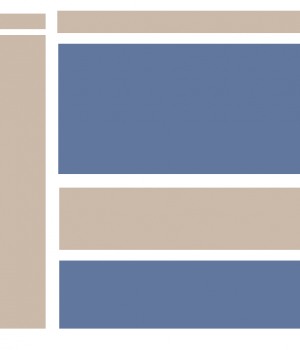 What economic, social, political, technological, and lifestyle factors shape and modify the views of a generation? In their carefully researched book Pendulum: How Past Generations Shape Our Present and Predict Our Future, marketing innovators Roy H. Williams and Michael R. Drew document the variables that manifest unique sets of values and opinions based on generational experiences. The authors propose the pendulum hypothesis, that members of a generation adopt specific, fairly predictable values, as a result of the world events they experience at various ages. These clusters of values tend to shift like a pendulum at roughly 40-year intervals between a preference for more individualistic, ideological, and at their worst, impractical views, and more collectivist, pragmatic, and cautious views.

Williams and Drew’s book, released in 2012, seems to foreshadow such political movements as Brexit, the United Kingdom’s swift rejection of a multicultural vision of Europe years in the making, and President Trump’s surprising victory stateside. In the western world, there is a discernable shift toward a new set of values. These values are too complex and nuanced to fit neatly into any specific political party, but tend to favor: less globalism, and more internally focused, isolationist policies that prioritize the needs of existing citizens. A preference for political leaders who ‘tell it like it is’. A concern about over-extended budgets, and a desire to adopt more fiscally conservative policies in government, and personal life.

If we’re to use the pendulum theory as a blueprint to begin to understand where the United States, and Western society as a whole, are headed in the next 40 years, a good place to start is with the next generation of adults. These are the young people born roughly between 1995 and 2004, dubbed ‘Generation Z’. If you ask most Americans to sum up their predecessors, the Millennial generation, you’ll likely find a general consensus that Millennials as a cohort are financially reckless, politically left-wing, and fairly emotional. They’re the generation of crippling student loan debt clocking in at 1.4 trillion in 2017, and one of the first generations in history to be worse off financially than their parents. About a third of millennials still live with, and rely on, their parents financially. Politically, Millennials played an instrumental role in Obama’s 2008 and 2012 victories, and 77% approved of Obama’s job performance in a December 2017 Pew Center survey. Millennials are the generation of Tinder and its 37 genders, safe spaces, trigger warnings, and increasingly complex social justice rules that will leave you labeled racist, sexist, or transphobic with one misstep.

Enter Generation Z, sometimes referred to as the iGeneration because they have had smartphones since they were children. These young adults are finishing high school and beginning college. They were raised on technology, and most hadn’t entered middle school when Obama won his first election in 2008. They’re less concerned with social justice and safe spaces and more concerned with savings accounts and making money online or in part-time jobs. Generation Z’s views do not fit into a specific political party either, but they are proving to be more socially and fiscally conservative, cautious, and financially responsible than the prior generation.

A 2016 national survey of approximately 50,000 high school students on the presidential election and political and economic attitudes, found the majority of Generation Z identifies as Republican. The survey, conducted by My College Options and the Hispanic Heritage Foundation, found Trump led Clinton 46 percent to 31 percent for first-time voters, and 42 percent to 17 percent among Generation Z males. Among White male high school students, Trump led 58 percent to Clinton’s 8 percent.  More white male high school students said they would vote for a third-party candidate, than for Clinton – 9% would vote third party, 8% would support Clinton.

“Our findings shocked us and clearly state that the Trump effect was not only felt by adults and can have an impact going forward with Generation Z,” said Jose Antonio Tijerino, president and CEO of the Hispanic Heritage Foundation. “It’s also an important message that youth can’t be taken for granted as to how they lean politically by either side of the aisle.”

The trend toward more conservative views among the youngest adults is supported in the United Kingdom as well. A survey of almost 2,000 UK young adults by brand consultancy The Gild found 59% of Gen Z respondents say their views are ‘conservative’ and ‘moderate’ on a range of issues including same-sex marriage, transgender issues, and marijuana legalization. This is compared to 83% of UK millennials and 85% of UK Gen X respondents who stated their views are ‘quite’ or ‘very liberal’ on the same issues.

In terms of personal finances, Generation Zers are keen to earn their own money, and place a heavy emphasis on saving for the future. The State of Gen Z 2017, a national research study by the Center for Generational Kinetics, found that 77% of 14 to 21 year olds currently earn their own spending money from part times jobs or earned allowance, and 21% had a savings account before the age of ten. Generation Z is also careful and analytical when making purchases – 78% have used ratings and reviews, and 48% ask friends and family for input on purchases.

These findings should be further researched and refined, but are promising for Republicans and fiscal conservatives. They refute one of the Left’s standby criticisms of the GOP, that Republicans are unable to appeal to young people and are therefore a dying party. New internal MRF research also negates the argument that conservative policies do not resonate with immigrant voters. The leftist ideology that has dominated for decades is beginning to lose its appeal, especially to first generation immigrants seeking a business-friendly America, and young adults seeking opportunity, fiscal responsibility, and strategies to avoid the mistakes of millennials.  The next step for researchers, analysts, and campaigns, is to identify the issues that motivate new voters the most, and craft recruitment strategies that appeal to their skepticism, pragmatism, and financial ambition.