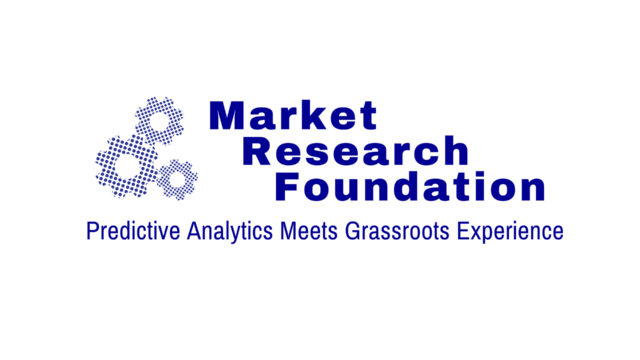 In the wake of this week’s elections, Republicans strengthened their hold in the Senate, while Democrats managed to eke out a victory in the House. However, exit polls indicate the demographic makeup of the Democrat party is in jeopardy.

The ‘Blue Wave’ Was Tepid

For months, Democrats and their allies in the mainstream media promised a ‘Blue Wave’ would sweep the country, resoundingly rejecting the Trump Presidency and forcing the Republican Party to separate itself in order to survive. This ideal did not become a reality. While many races are still undetermined, Tuesday’s elections were a far cry from the sweeping tsunami of Democratic victories we were promised. Two reliably-Democratic demographics are contributing to that weakness: ultra young voters and black males.

Youngest Voters are ‘Woke’ to the GOP

You may have read numerous headlines stating ‘young voters’ helped secure Democratic victories this week. While that is true to a degree, there is a distinct cutoff in multiple races where the very youngest voters actually went Republican at significantly higher rates. In several races, Generation Z voters ages 18 to 24, broke from the typical youth-vote-left pattern and either turned out for Republicans, or showed mediocre support for Democrats when compared millennials.

In the Indiana Senate race, Republican state lawmaker Mike Braun is on track to defeat Democratic incumbent Joe Donnelly, with the support of Indiana’s youngest voters. Those ages 18 to 24 were the only age cohort under 40 to support the Republican challenger over the Democrat. Braun won young voters by an impressive 41% to Donnelly’s 44%. Donnelly walked away with easy victories from voters ages 25 to 40, while Braun successfully secured the youngest voters, and those over 40. It is worth noting that Libertarian candidate Lucy Brenton scored an impressive 7% of Generation Z voters as well, further depleting Donnelly’s youth vote.

In Florida’s tightly contested gubernatorial race, Republican Ron DeSantis is on track to defeat Democratic challenger Andrew Gillum in a narrow victory. In this case, Generation Z did break in favor of the Democrat, but far less enthusiastically than every other age group under 40. Gillum secured 64% of voters 25 to 29 and 63% of voters 30 to 39, but just 58% of voters 18 to 24. DeSantis secured a full 40% of Florida’s Generation Z voters. These youngest voters, combined with his victories among voters over 40, helped him win.

Democrats had significant difficulty securing Generation Z’s support in Georgia’s Governor race when compared to voters just a few years older. Republican Brian Kemp has declared victory over Democrat Stacey Abrams, with the help of 40% of Georgia’s 18 to 24-year-old voters. This was the largest share of any group under age 50, and significantly more than voters ages 25 to 29.

In the Texas Senate race, charismatic Democrat Beto O’Rourke won the hearts and votes of more voters ages 25 to 29 than he did Generation Z. Thirty-two percent of voters 18-24 chose to support Ted Cruz over Beto, versus 26% of those over 25.

The shift of young voters to the right when compared to millennials is an important demographic trend that will play a big role in the next presidential race. Analysts should segment voters by age brackets that do not lump Generation Z in with millennials to truly understand the youth vote and where it is headed.

Black Men are Shifting to the GOP in Key Races

Nationwide, 12% of black men voted for a Republican candidate this year, down from 18% in 2016. However, in several key races, black men favored the Republican candidate at much higher rates. According to statistical analysis by YouGov and The Economist, the gender gap for party affiliation is widest among black voters when compared to white and Hispanic voters. What is more, the three most defining characteristics that shift a prospective black Democrat into the Republican camp are Protestantism, youth, and being male. Here are key races where black men broke for Republicans in notable numbers.

In the tight Nevada Senate race, 20% of black men came out for Republican Dean Heller over liberal Democrat Jacky Rosen. This was an impressive increase in support for the GOP candidate compared to 2016, when Republican Joe Heck secured just 12% of the black male vote against Democrat Catherine Cortez Masto. Cortez Masto did far from spectacular among black men herself, earning a mere 63% of their vote, with a full 25% refusing to support either candidate. One key factor that could have boosted Heller’s appeal to black men this election? Trump. The President flew down to stump for Heller in the state where he won a full 26% of black men in 2016. Heck himself was notoriously critical of Trump, and even said Trump should step down from the Republican nomination. What is clear is that black males are open to Republican leadership, especially if that leadership earns Trump’s nod of approval.

In the Texas gubernatorial race, a full 24% of black men broke from Democrats and supported Republican Greg Abbott in what appears to be a resounding victory over Lupe Valdez, who would have been the first Latina woman and first openly gay governor of the state. While those attributes made her extremely popular to certain demographics within the party, this race displayed one of the largest margins by which black male voters rejected the Democrat candidate on the ballot. In the Texas Senate race, 17% of Black men turned out to help Republican Ted Cruz fend off his challenger Beto O’Rourke.

In the Indiana Senate race, black men broke for Republican Mike Braun at an impressive 18%, and helped secure what appears to be a resounding victory over Democrat Joe Donnelly.

President Trump won 8% of black voters and 13% of black men in 2016. With black unemployment hitting record-breaking lows this year, a soaring economy, and lower taxes for most Americans, it is far from surprising that the GOP is looking like a real option to black voters, particularly men. What is also clear, is that among black men who skew right already, Trump’s endorsement doesn’t hurt.

As Market Research Foundation has been asserting for months, the black vote is nuanced and Democrats should not assume it belongs to them.