In 2009, with a fresh-faced Obama at the helm, healthcare coverage as the primary focus, and a moderate immigration policy, Democrats were relatively pragmatic and wildly popular. They were hard at work covering people with preexisting conditions instead of wasting years on legislation allowing men in between sex changes to use the restrooms with women and children. They were not only capable of increasing border security, the Obama administration was unapologetic about expelling illegal immigrants at record levels. The message from Obama and the Democrat Party to the average voter was “we’re here to help”, and it resonated resoundingly with black voters.

But that message is a far cry from the message today. Today the message is aimed only at those who fully embrace extreme victim status. “You’re racist”, “You can’t ask people on the U.S. Census whether they’re citizens”, “Yes, there are over 47 genders and if you don’t know the proper pronouns associated with each, you’re a bigot”, “You can’t ask that”, “You’re not allowed to question this”, “Sit down and vote as you’re told or you’re out.” When the message of the party is no longer about what it can do for voters, and instead a bizarre marriage of self-congratulatory virtue-signaling and moral McCarthyism, it begins to lose its appeal to people who just wanted better healthcare, better schools, and a job.

Market Research Foundation’s research indicates conservatives have the opportunity to use the Democrat Party’s lack of foresight, lack of pragmatism, abandonment of a coherent message, and constant focus on virtue-signaling instead of legislating, to win portions of the black vote.

In July, 2018, we commissioned a nationwide study of 1,000 black Americans using sampling quotas and weighting to match Census figures for age, gender and region, to create a representative blueprint for the nation. We explored political attitudes, views on a range of issues, 2016 vote, party identification, and asked demographic questions to form correlations between characteristics like education level and employment industry and partisanship. Here’s what we know:

Black Voters are Not as Loyal to Democrats as You Think

Ninety-one percent of respondents in our survey said they liked to make up their own minds when voting rather than simply following friends and family. Sixty-two percent strongly agreed no political party should assume they have black voter support, and fifteen percent of respondents self-identified as Independents. Nearly nine-in-ten black voters think “African Americans don’t have to be Democrats” and a similar figure (87%) said no party should assume they have the support of the black community.

Black voters with higher levels of education in our survey were more likely to have voted for Trump, not less. Seventeen percent of black Trump voters had a Postgraduate Degree, versus 12% of black Clinton voters. According to the census Bureau’s educational attainment publication, only 22% of black voters over age 25 had a Bachelor’s Degree and just 8% had an advanced degree in 2015.

The more education a black voter had, the more likely they were to support Trump, as shown in the chart below. 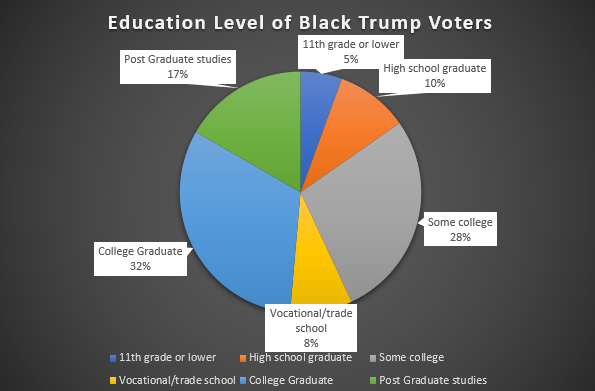 Overall, half of black Trump voters had at least a Bachelor’s degree.

While respondents in our survey ranked immigration lower on their list of priorities than issues like healthcare and education, and prioritized it less than white and Hispanic voters, their views are much closer to those of Republicans than Democrats. Fifty-one percent of black voters support stricter immigration enforcement. These voters didn’t necessarily consider themselves conservative on other issues. Seventy-seven percent of those who favored stricter immigration voted for Clinton in 2016, while 16% voted for Trump, and 3% voted for Gary Johnson, as shown in the chart below. 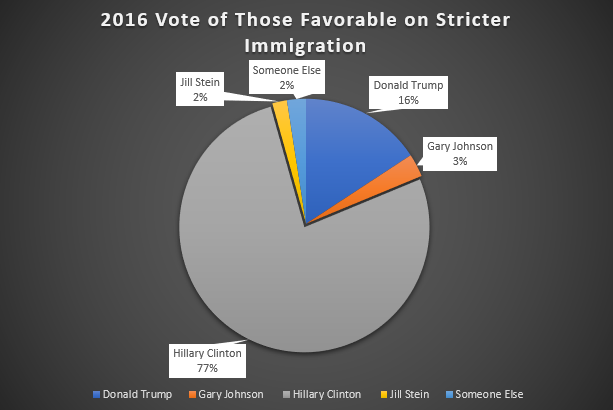 Seventy percent of black voters who favored stricter immigration identified as Democrat or Democrat-leaning, as shown below. 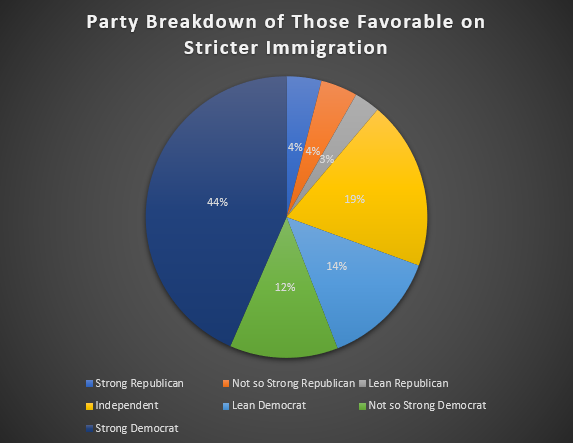 A significant portion of respondents were hawkish on the border as well as favorable on the President. When compared to the full survey, this group was largely male, age 18-44, politically Independent, twice as likely to consider themselves Very Conservative on moral issues, more likely to own a business, and more likely to attend church regularly.

We found millennial and Generation Z black males between ages 18 and 45 who attended church at least once per month were significantly more likely than the average black voter to have supported Trump, as shown below. 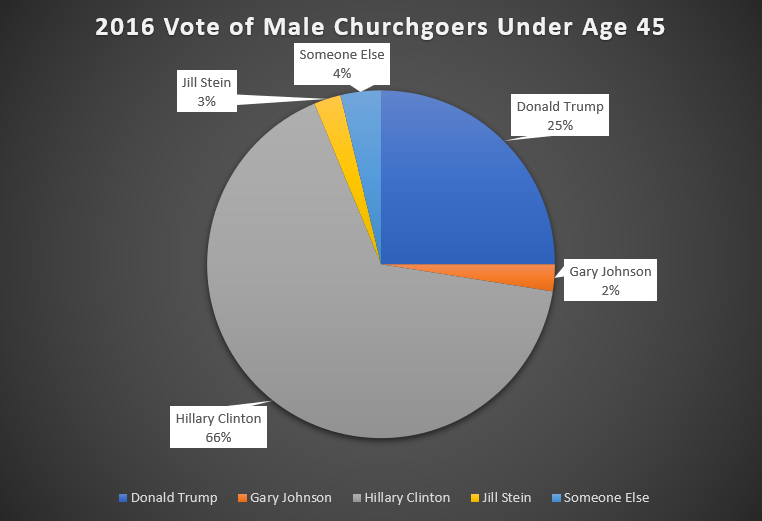 When asked which criteria they use when deciding to support a candidate or campaign, the candidate or campaign’s stance on issues like healthcare and education overshadowed all other issues. Healthcare was also one of the top issues for Americans overall in 2018 exit polling. This represents an opportunity for President Trump to offer a healthcare alternative that encourages fence-sitters to leave the Democrat Party.

As shown in the chart below, stances on economic issues and stances on race and cultural issues were also important to black voters. These two areas represent opportunities for Trump to focus on communicating the value of his economic policies to the black community. 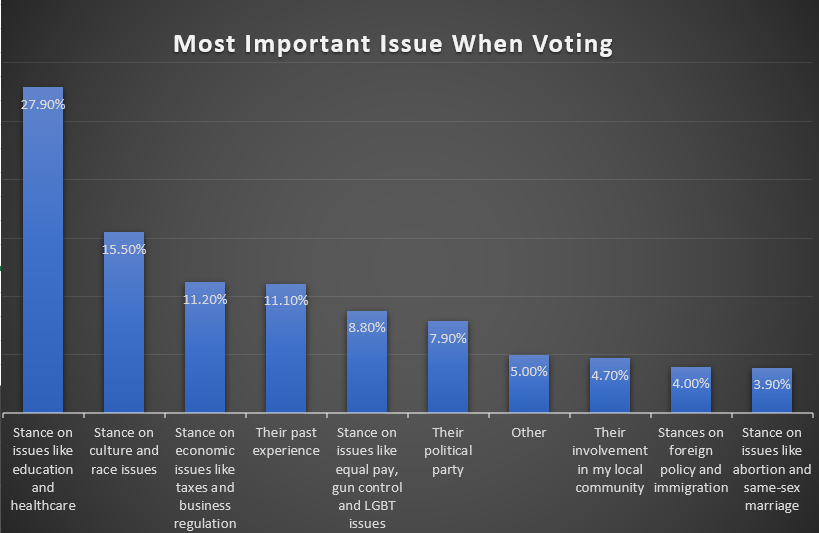 For a voting bloc that has historically preferred Democrats, black voters have overwhelmingly moderate stances on the majority of public policy issues and are open to many conservative positions.

The largest share of black voters considers themselves moderate on economic issues, education, healthcare, and social issues, as shown in the charts below. 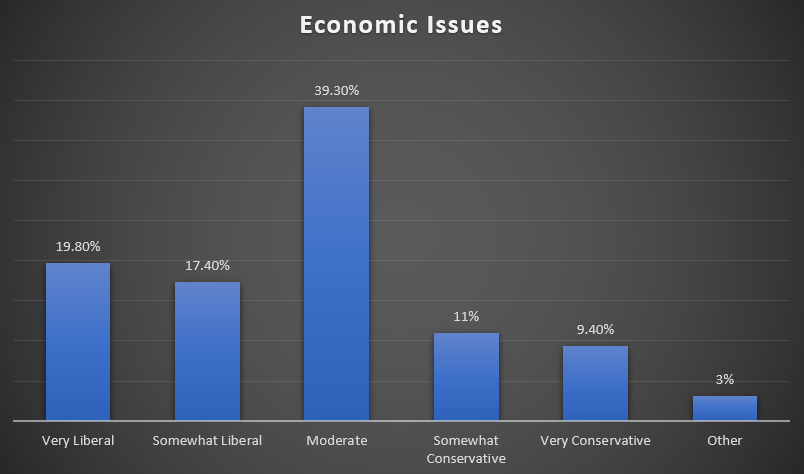 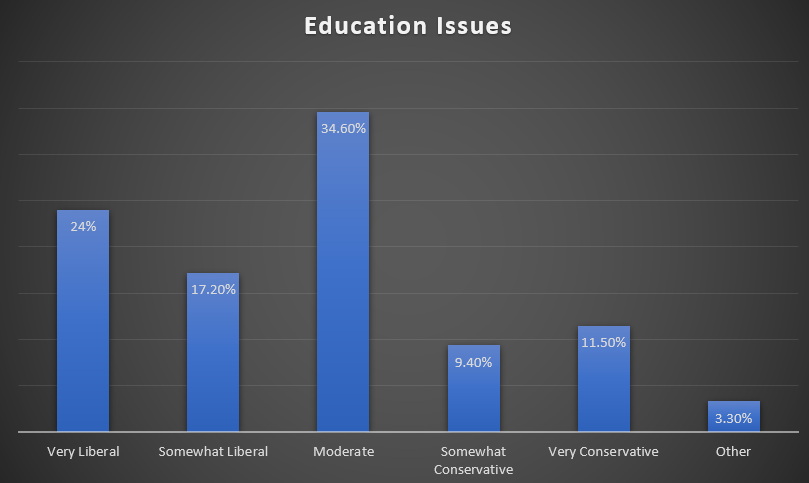 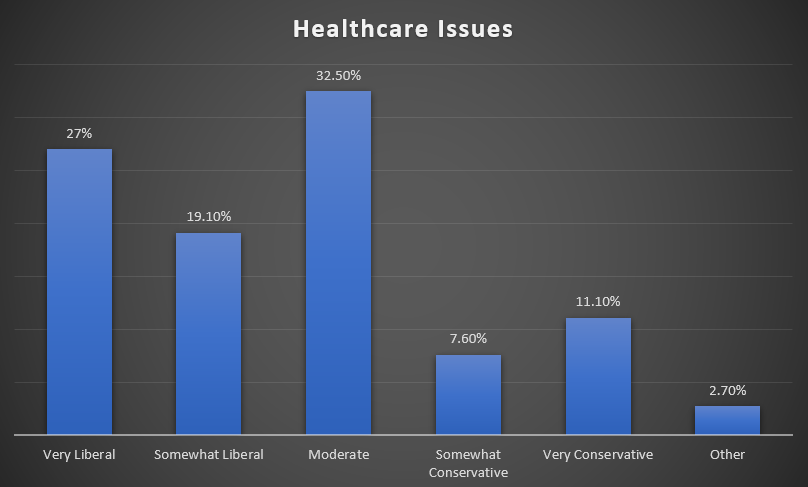 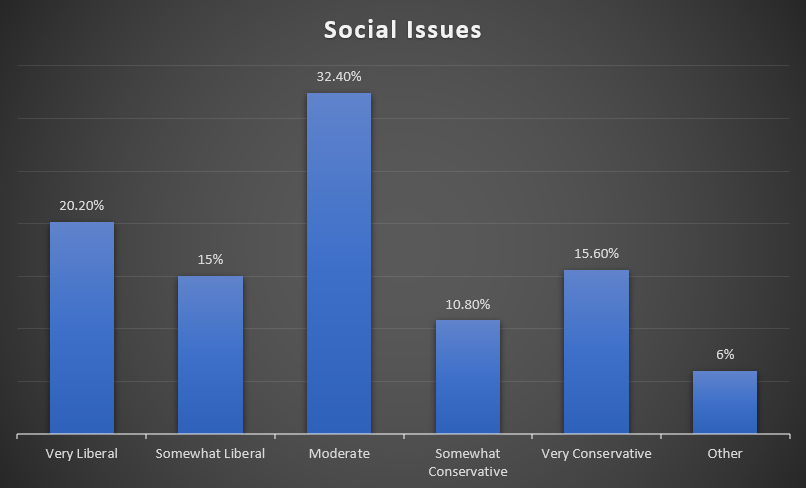 President Trump won 8% of black voters and 13% of black men in 2016 according to exit polls, and with black unemployment hitting record-breaking lows this year, a soaring economy, and lower taxes for most Americans, it is far from surprising that the GOP is looking like a real option to black voters.

In the wake of the midterm elections, we’re already seeing the difficulty the Democratic Party is facing securing the black male vote in states that will play a major role in 2020. According to statistical analysis by YouGov and The Economist, the gender gap for party affiliation is wider among black voters when compared to white and Hispanic voters. What is more, the three most defining characteristics that shift a prospective black Democrat into the Republican camp are Protestantism, youth, and being male. Here are several key races where black men broke for Republicans in notable numbers.

Market Research Foundation was one of the first organizations to recognize the growing unrest among ‘white, no college’ Americans that drove them to vote for the President in 2016. Trump won their votes because he spoke to their needs and offered solutions to illegal immigration, lack of jobs, and international policies that hurt the American worker. Our research demonstrates black voters, specifically younger male college graduates, want real-world solutions to issues like border security, have little interest in token Democrat ballot picks, and want to put America first.