Market Research Foundation asked Generation Z  – young people between the ages of thirteen and twenty-three  – about their religious participation and compared responses to policy preferences and demographic information. Our research indicates young people who attend regular religious services tend to hold moderately more conservative views than their non-religious peers on issues like illegal immigration, foreign policy, and defense spending. However, the most notable takeaways from our analysis are the positive correlation between higher education and religiosity, and the strength of America First sentiment independent of religion. 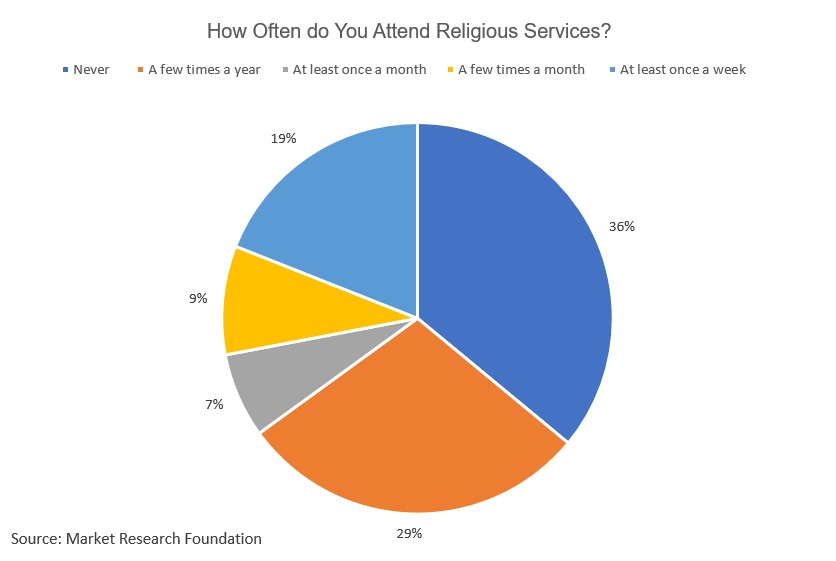 Education and religion are often portrayed at odds in political analysis. White blue collar adults without a college degree and evangelicals played a central role in President Trump’s election, suggesting increasing religious and educational divides by party identity. However, among Generation Z, higher educational attainment and higher enthusiasm for education are positively correlated to both regular participation in religious services, and to conservativism. Young Republicans are more likely to attend religious services regularly than young Democrats and Independents, and young highly-religious people are more likely to be higher educated and to come from middle and high income households. 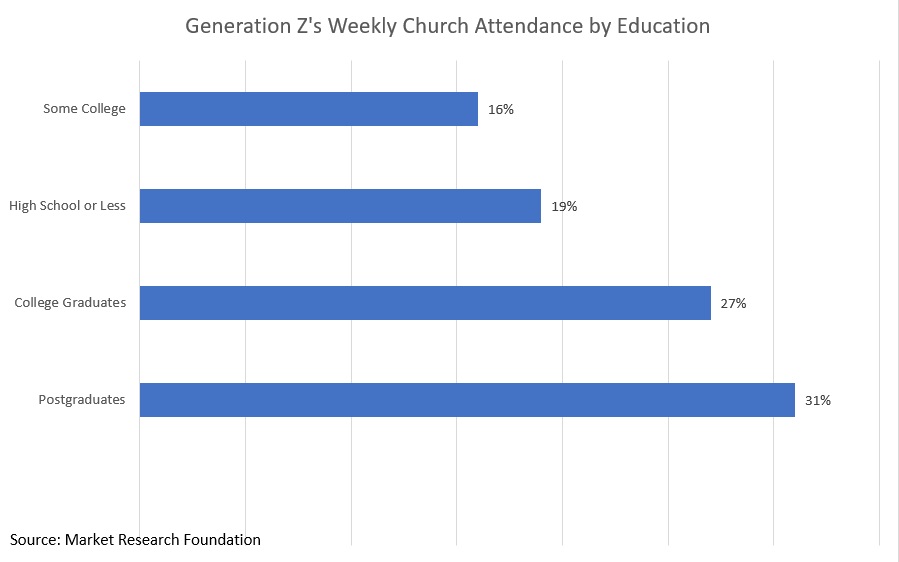 Support for America First policies like reducing illegal immigration and reducing foreign aid are strongly supported by Generation Z as a whole, but these views are slightly more common in church-attendees than non-attendees.

We asked young people to indicate their level of agreement or disagreement with an “America First” agenda where the primary goal of any law or policy is to focus on the needs of Americans, even if they are not in line with the interests of foreign nations and allies. Overall, 73% of young people support this policy, whether they attend religious services or not. However, 77% of those who attend church at least sometimes support this policy, versus 72% who attend monthly, and 69% who never attend.

Slight differences in ideology between religious young people and non-religious young people emerge in the realm of foreign policy and military spending. We asked young people to indicate their agreement with the following statement, “America has a duty to help other nations keep peace and fight off aggressors”, and while 62% of Generation Zers support this statement, that share rises to 65% among those who attend church sometimes, and drops to 58% among those who do not attend church at all.

We also asked young people to indicate their level of agreement for two different statements on defense spending:

Statement 1: “We should drastically reduce funding for the Department of Defense.  We do not need to be spending money and resources on wars, a strong foreign presence and nation building. The Department of Defense could achieve its goal, protecting America from foreign threats with a fraction of what it currently spends.”

Statement 2: “The Department of Defense needs its entire budget. Defending our nation is about more than domestic bases and guarding the physical border. Our presence, involvement and strength abroad contribute to the defense of our country.” 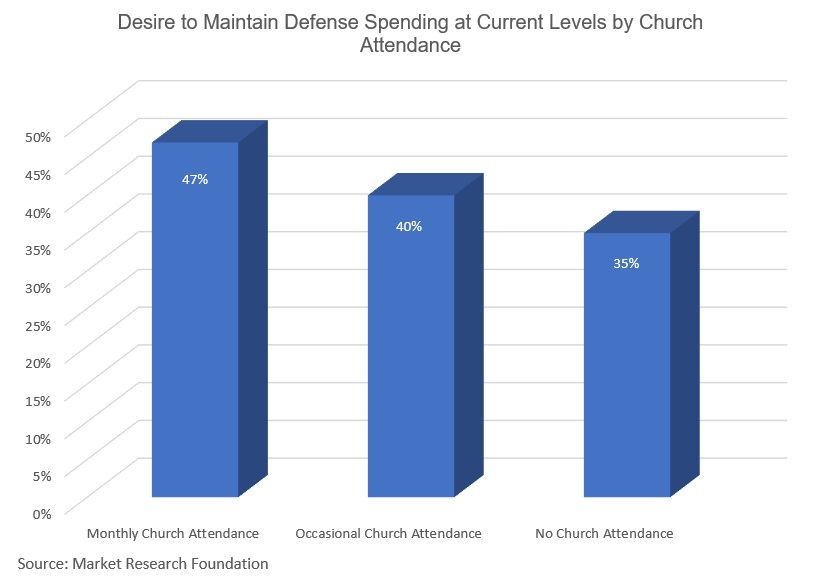 Our analysis of Generation Z’s religious participation suggests religiosity is closely correlated to demographic traits like education, income, race, and even political party, but does not significantly influence policy views with the exception of defense. This recent research disputes the popular portrayal of conservativism as an ideology driven by low-educated groups. America First views are supported broadly by young Americans regardless of religion, and religion is strongly correlated to education in the youngest generation.