Among Generation Z, college graduates are more religious than their lesser-educated peers, hold a much higher approval rating of both President Trump and the GOP, and hold more conservative stances on foreign aid and Green Energy. A full 31% of postgraduates and 27% of college graduates attend religious services at least once a week, compared to 16% of those with some college and 19% of those with a high school education or less. President Trump’s approval rating is highest among Generation Z postgrads and four-year-graduates, and support for the touted Green New Deal is lowest among young people who’ve completed college.

Market Research Foundation’s analysis of survey responses from 1,500 thirteen to twenty-three-year-olds included comparisons between educational attainment and policy views. Overall, 58% of young people surveyed have less than a high school education, 26% are in college, 13% are college graduates, and 4% declined to answer.

President Trump’s victory in 2016 can partly be attributed to his ability to secure support from Americans with lower levels of education, but among Generation Z the President’s favorability increases with educational attainment. 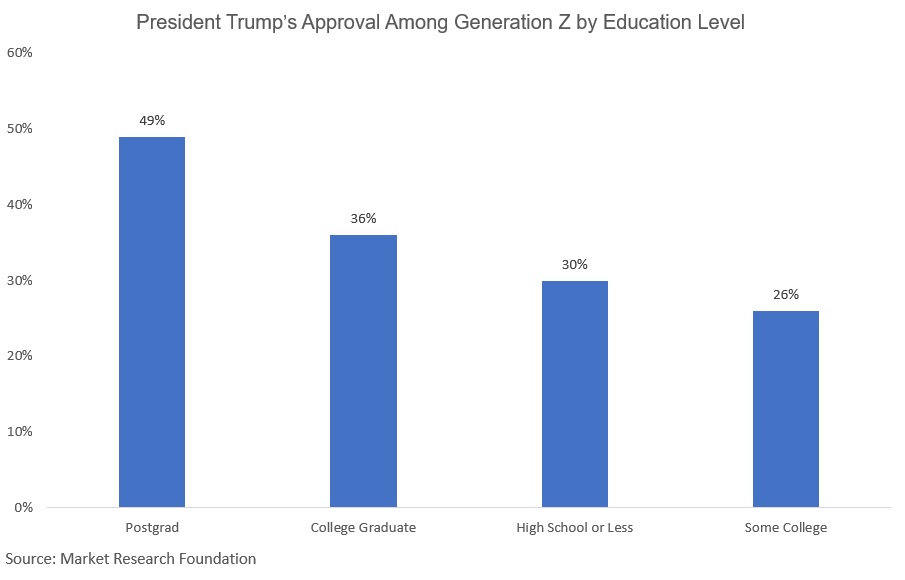 Approval of the GOP is Higher Among Higher Educated Generation Zers

Generation Z’s approval of the Republican Party as a whole sits at 33%, but that climbs to 41% among college graduates, and 50% among postgraduates. The GOP’s approval among young people with a high school education or less sits at the average – 33%. Approval is lowest among Generation Zers with some college – 30%.

Below is approval of the Republican Party by education level. 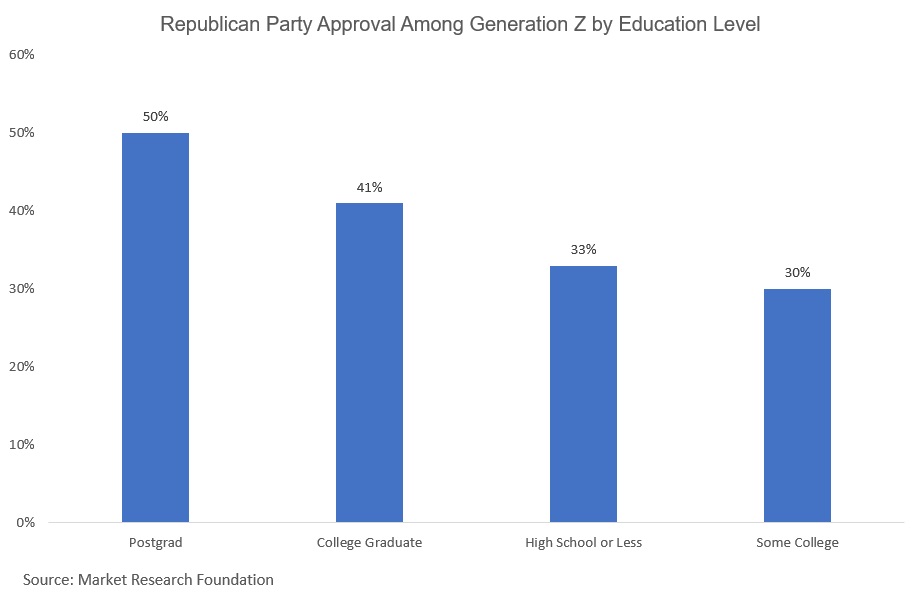 Market Research Foundation previously noted Generation Z’s opposition to foreign aid as a group, but young men and women with a college degree are in favor of reducing foreign aid at higher rates than lower-educated peers. As a whole, 71% of Generation Z supports reducing foreign aid, but that climbs to 78% for those who’ve graduated from college, and 93% for young people with a postgraduate degree, as shown below. 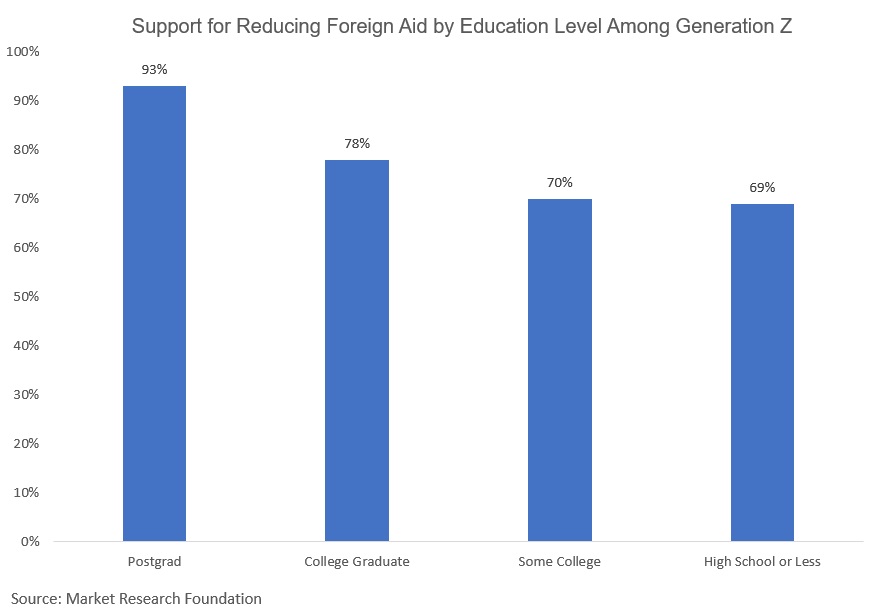 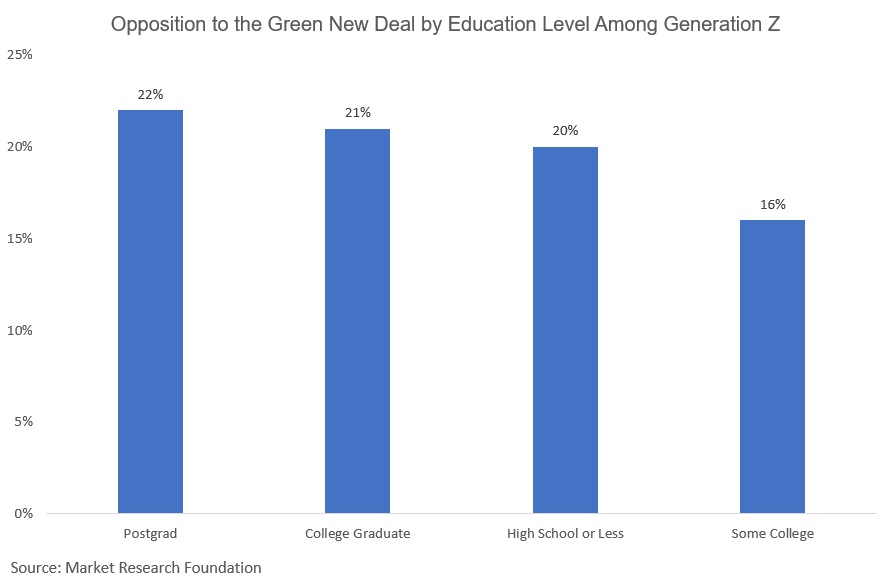 There are a few factors that could be contributing to these numbers. First, as Market Research Foundation previously noted, young New Englanders hold higher favorability for President Trump, lower favorability for former President Obama, and strong America-First sentiment on foreign policy and foreign aid. The fact that New Englanders remain some of the most conservative and well-educated young Americans could be a key factor. Second, our research demonstrates that conservative views are often lowest in a specific group – young people with some college, presumably a share of whom are currently attending. Are college students truly less conservative than college graduates just a few years ahead, or is the secondary educational environment an ‘unsafe space’ to come out as a Republican? Further research is needed, but one takeaway is clear: the ‘white, no college’ moniker doesn’t apply to the Generation Z. Among Generation Z, having managed to zigzag through the maze of higher education means you’re more likely to support the President, more likely to favor the GOP, more likely to want to put America First, and less likely to accept radical Green Energy policies.