The latest NPR/PBS News Hour/Marist Poll shows which groups are optimistic and pessimistic about the economic recovery. There is broad consensus among 65% of Americans who think a return to normal life after coronavirus will take six months or more. A small minority (32%) believe their lives will return to normal within six months.

A split is emerging based on party, gender, race, income, education level, and geographic lines. Democrats, women, African Americans, higher income groups and higher educated groups, suburban and urban dwellers, and those in the West show higher levels of pessimism about a rapid return to normal life.

Majorities in all groups think return to normal will take longer than six months, but Republicans are more optimistic 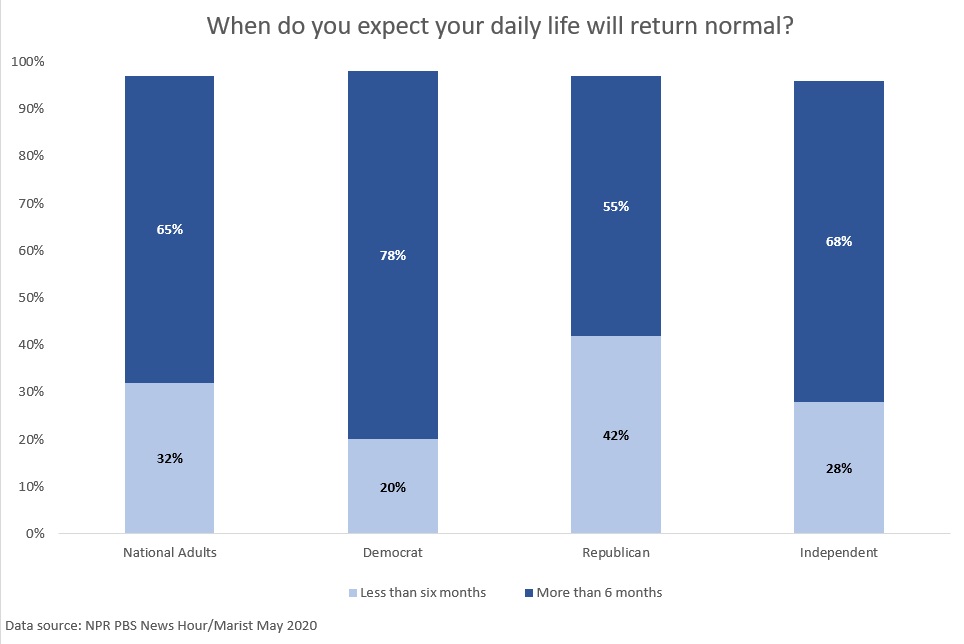 There is also a modest gender gap between those optimistic and pessimistic about recovery, with 68% of women stating a return to normal will be greater than six months compared to 62% of men.

College-educated women show the lowest optimism while no-college women show the highest. Seventy-percent of college educated women say a return to normal will take more than six months compared to 68% of college educated men. Sixty-four percent of no-college females and 66% of no college males say recovery will take more than six months. 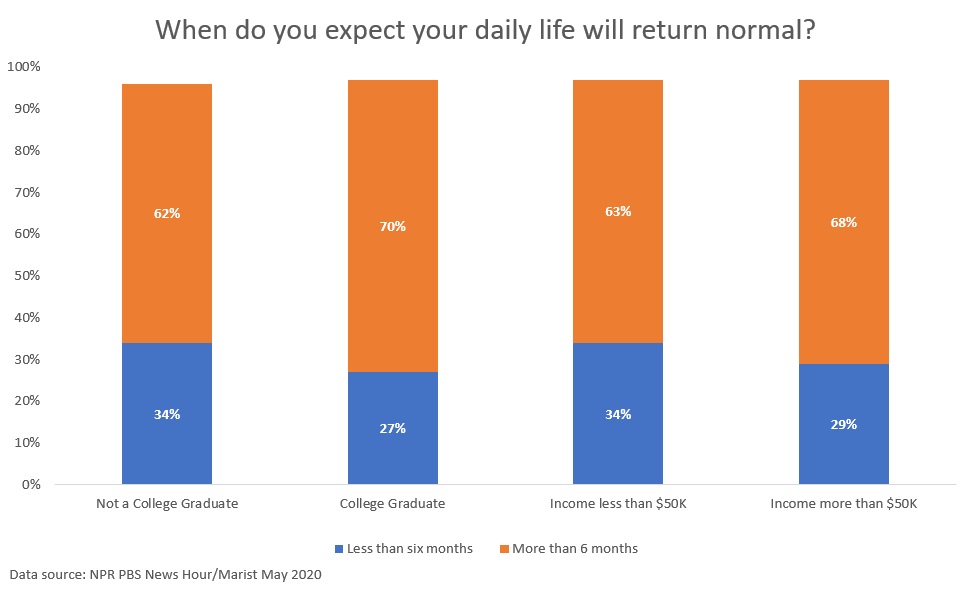 There are also divisions between Americans on the East and West coasts, and those from urban, suburban, and small-town locations. While majorities across the country believe recovery will take more than six months, 38% of North Easterners and 33% of Southerners think recovery will take less than six months. Westerners have the bleakest outlook, with just 26% saying they think life will return to normal within six months, followed by 29% of Midwesterners.

Another split emerges along racial lines, with Hispanics showing significantly higher levels of optimism than either Whites or African Americans. As shown below, Hispanics are close to twice as likely as African Americans to expect a return to normal in less than six months. 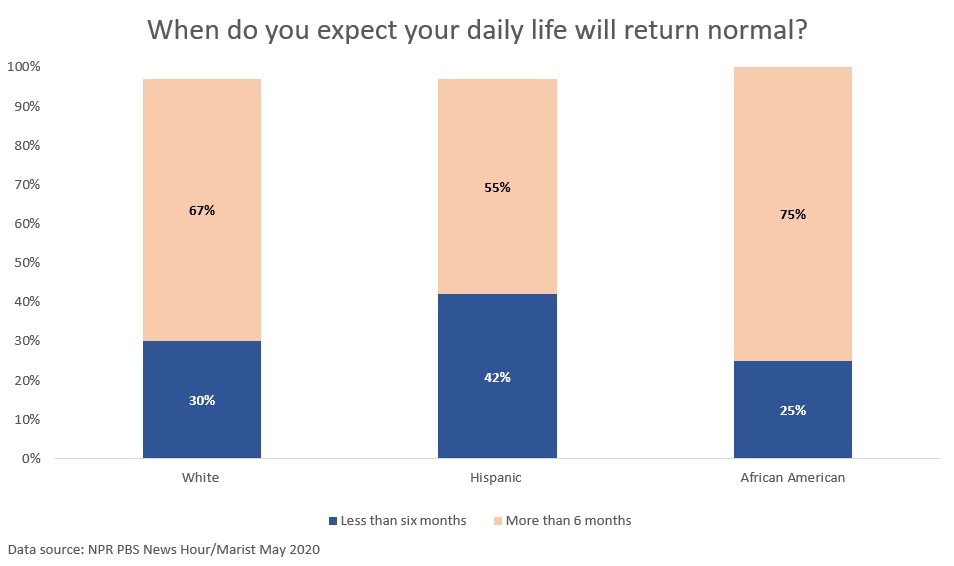 The majority of Americans across political, socioeconomic, and geographic variables believe a return to normal life will be slow, but there are distinct variations across the country and across demographic groups. Is the relative optimism of lower educated and lower income Americans from rural regions misplaced, or were these groups more prepared to weather the shutdown than wealthier urban and suburban dwellers? Why are Hispanics so optimistic compared to other groups? More research is needed to understand how the coronavirus has impacted Americans differently, and address needs at the state and local level.