A new poll by Zogby Analytics shows President Trump’s approval rating at 51% with Hispanics, and 53% with large city dwellers. A majority of voters also think Democratic governors used the coronavirus restrictions to hurt Trump in November. While somewhat surprising, these numbers come on the heels of riots and looting that rocked minority communities and cities across the country just as states began to reopen after months of lockdown.

Last week, Market Research Foundation analyzed polling data on President Trump’s approval and found in the week since mass rioting and looting swept the nation Trump gained support among both Black and Hispanic voters. YouGov polling from late May before the chaos ensued showed President Trump’s approval rating at 39% among Hispanics, and 12% among Blacks. New polling taken in early June as the riots escalated showed his approval rating jumped to 42% with Hispanics and 18% with African Americans.

President Trump is still making significant strides with Hispanics. Zogby shows Trump at 51% approve to 47% disapprove, as shown below. 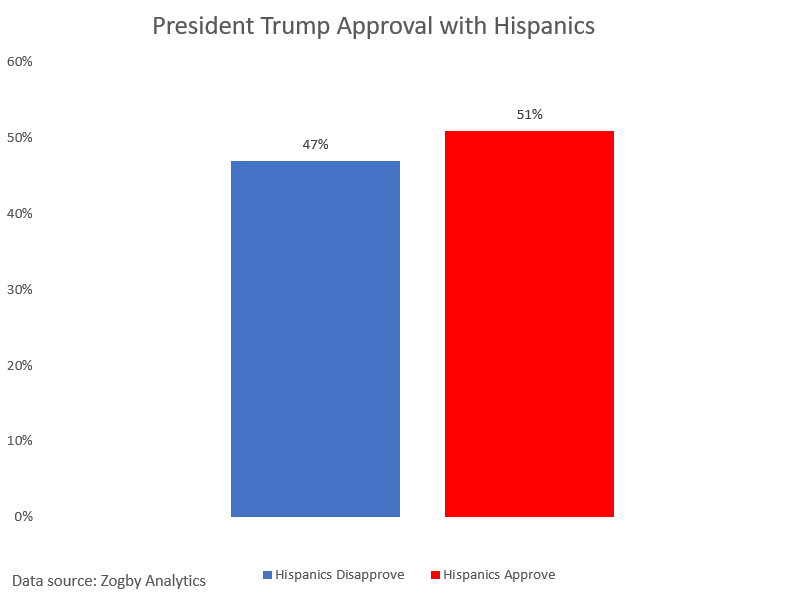 While Zogby’s numbers from early June show President Trump’s approval among all voters split at 48% approve to 51% disapprove, the analysts note these numbers are on par with where former President Obama’s were in the same month prior to his second term.

In addition to the solid support from Trump’s base – men, Southern voters, rural voters and higher income voters – he is making gains with groups that tend to lean Democrat. Fifty-three percent of large-city voters approve of Trump compared to 46% who disapprove, 55% of individuals who indicate they hold a ‘creative’ occupation approve versus 45% who disapprove, and 57% of individuals with household income between $25-35K approve versus 42% who disapprove. Previous research showed Trump gaining support in the West, where his numbers generally trail the rest of the country. Pre-riots, Trump’s support in the West stood at 41%, but several days into the lawlessness that rocked Western cities and his support had climbed to 45% as shown below. 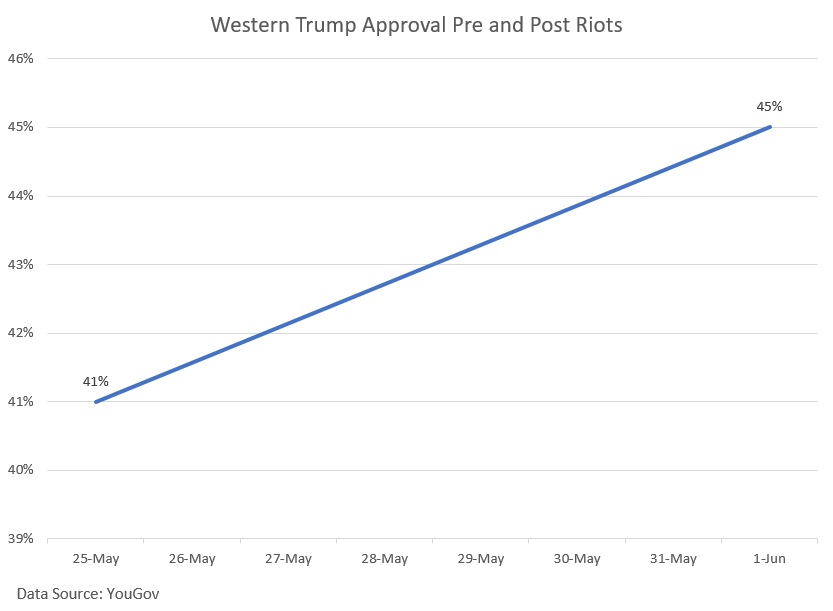 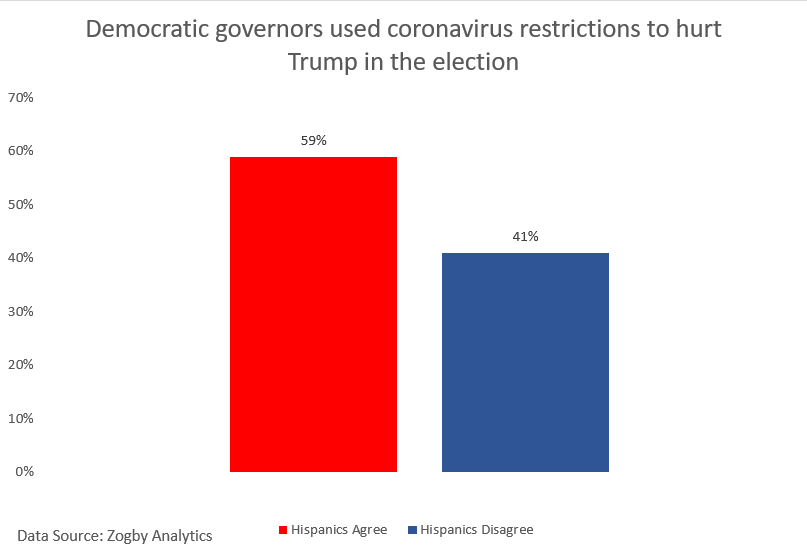 Previous data analyzing views on coronavirus recovery showed Latinos, like Republicans, are significantly more optimistic about a return to normal life in the wake of coronavirus.

President Trump’s gains with Hispanics and city dwellers are less surprising when viewed through this lens. Latino support for President Trump has been accelerating, bolstered by lukewarm support for Biden and a desire for the economy to reopen and civil order to be restored. City dwellers have been some of the hardest hit groups, facing spiking coronavirus cases, followed by strict lock down orders, dissolving into seemingly ceaseless riots and looting. Are city dwellers the equivalent of disenfranchised white working-class voters who pushed Trump over the finish line in 2016? President Trump has been in Washington four years now, but that is still over four decades less than Joe Biden. Trump is still a newcomer to politics, and he is still able to make the case that he’ll correct what others have neglected and restore economic prosperity and safety to those who feel government has abandoned them in crisis after crisis.